New challenges and innovation are what motivates us every day.

Artificial intelligence, customized content, the internet of things, data science, machine learning, and blockchain are among the many disruptive technologies that have transformed the business environment and the way that consumers relate to and interact with brands.

We research, explore, discover and expand new formats and trends on behalf of our clients, even if it is necessary to innovate in order to meet the client’s needs.

Tune in to your attitude. 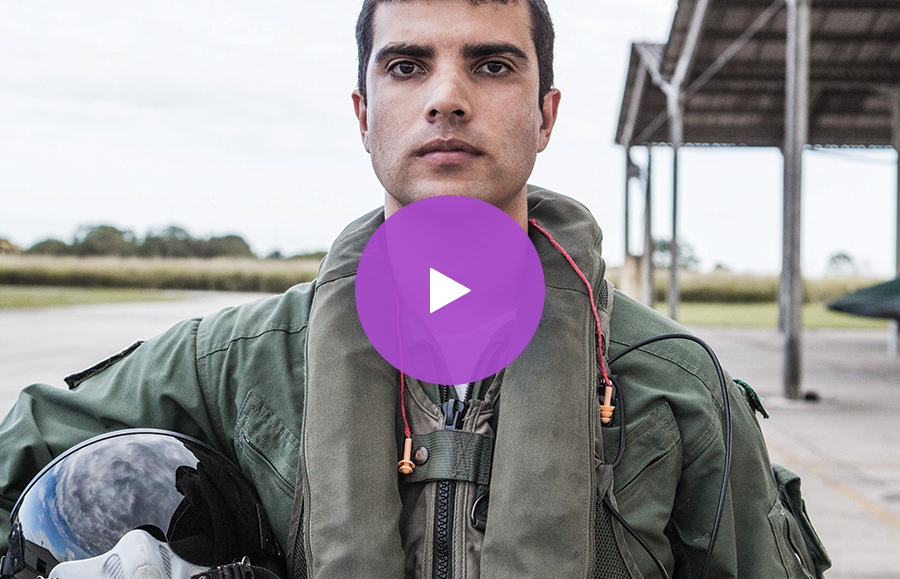 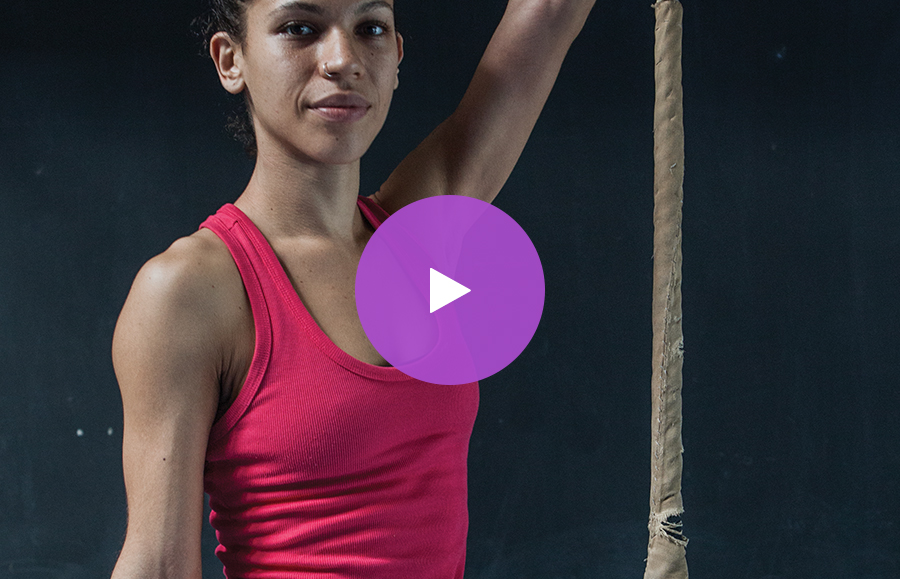 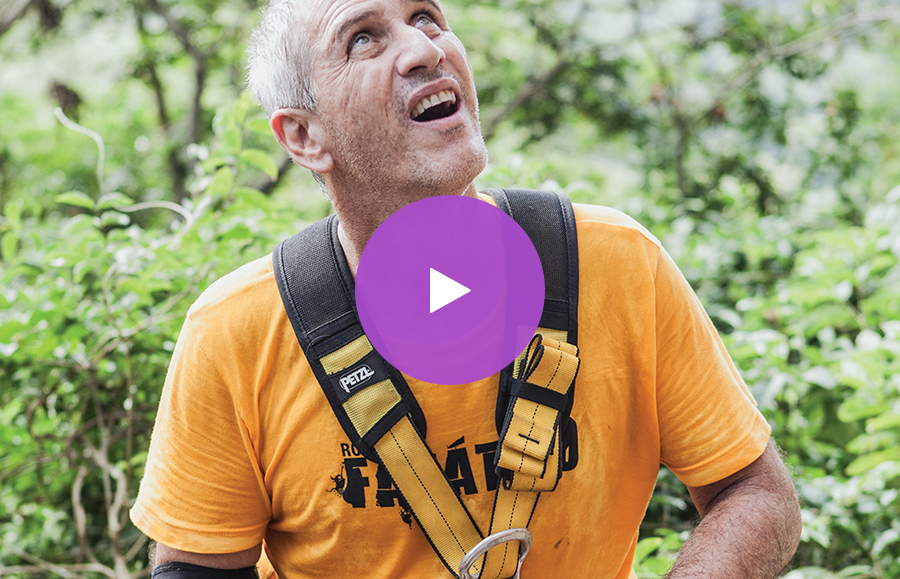 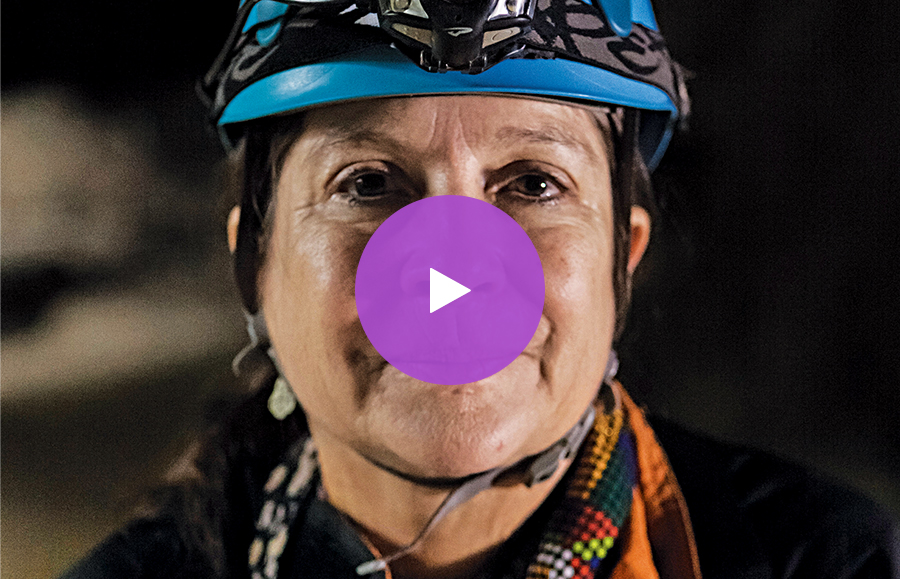 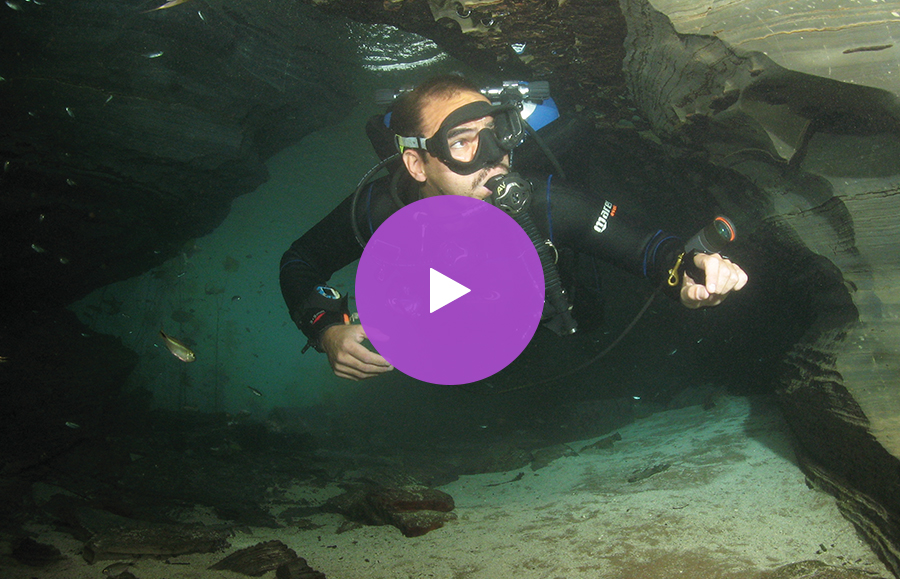 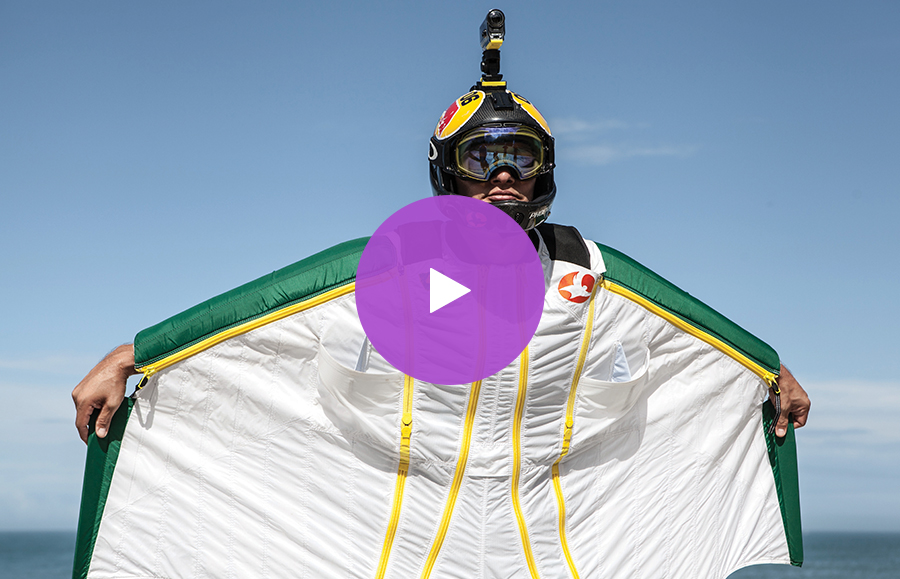 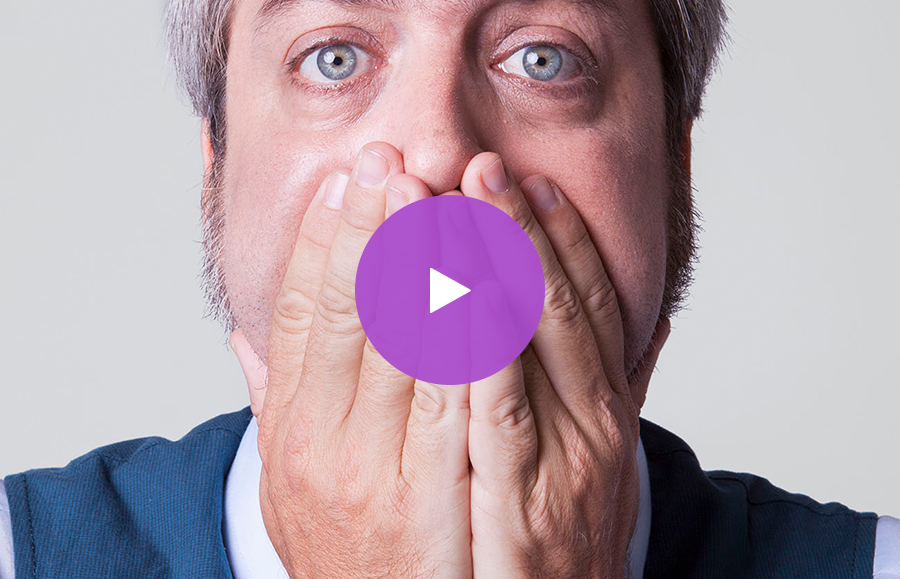 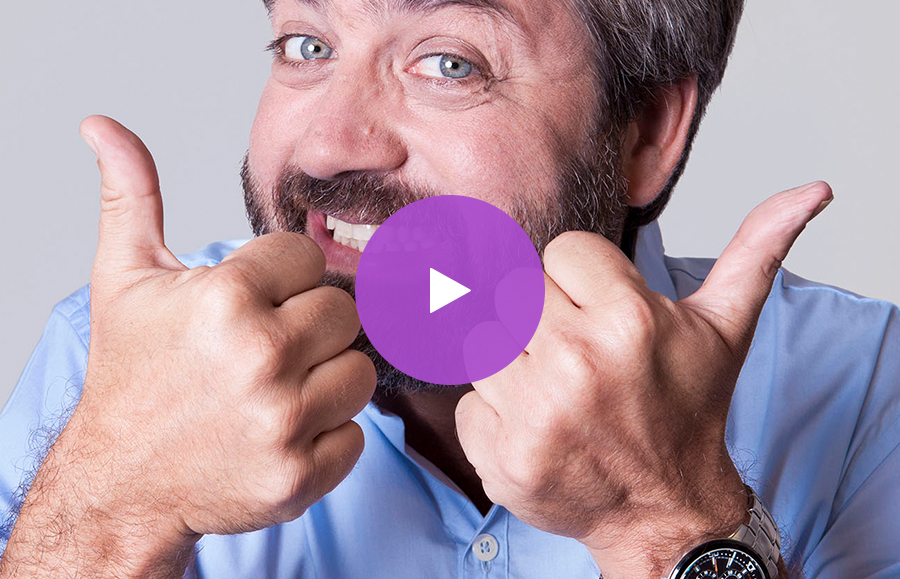 Shell aimed to promote sustainable change in the behavior of Fluminense (from Rio state) oil rig workers, with regard to dealing with the daily exposure to hazards, and to revamp the Safety Culture. Selu was tasked with creating an original content platform to promote that behavioral change.

The power of storytelling provides a backdrop for workers to engage with experiences to derive positive awareness.

We developed the brand transmedia platform – Tune In to your Attitude – with content focused on communicating Personal Safety in an innovative way, using interactive media channels, in order to engage more effectively in accident prevention.
Allied to the videos, there were webradio programs, channels on the instant messaging application WhatsApp and the Facebook social network, updating the company’s team of workers with daily posts on the subject, encouraging interactivity and facilitating engagement and participation.
The main idea was to conduct the entire campaign using content concepts based on Humor, Reason and Emotion. These three “mindsets" provided the backdrop for the development of all the tools used in the platform, bringing to life the excitement and passion of the characters’ stories and discoveries throughout the content presentation.

During the first month of the “Tune In to Your Attitude” campaign, a series of eight videos was launched containing a strong element of "Humor". Backing up the videos, channels on WhatsApp and Facebook updated the company’s team of workers with daily posts on the subject, encouraging interactivity and facilitating engagement and participation.
Web-Radio programs were also sent via WhatsApp and Facebook, thereby further reinforcing the message. Employees from all the sectors participated, as "respondents" and even "interviewers", drawing out tacit knowledge about the subject. The "Attitude Tips", radio comments with motivational messages about the subject, became a trademark feature.
Based on the same media channel model, the next phase of the campaign presented eight new videos, this time with Work Planning as their main topic. In the videos, a variety of professionals who are exposed to significant risk provided details of their success in the planning processes.
In the final phase of the campaign, the goal was to touch the emotions of the audience. So the international documentary “Life Calls for Attitude”, filmed in the Atacama Desert, New Orleans and CapeTown, was shown, with three global figures (a miner, a firefighter and a US Marine) talking about their experiences in dealing with the exposure to hazards.

According to qualitative research, “Tune In to Your Attitude” achieved greater engagement of the participants, resulting in an effective change of behavior. The outcome of this initiative was enhanced flow and absorption of information on Personal Safety, which led to a new posture of commitment to safety among all the participants. So, a higher level of trust and group responsibility was attained, leading to a more proactive and generative attitude and greater maturity with regard to the Safety Culture.

Innovating in the use of media: 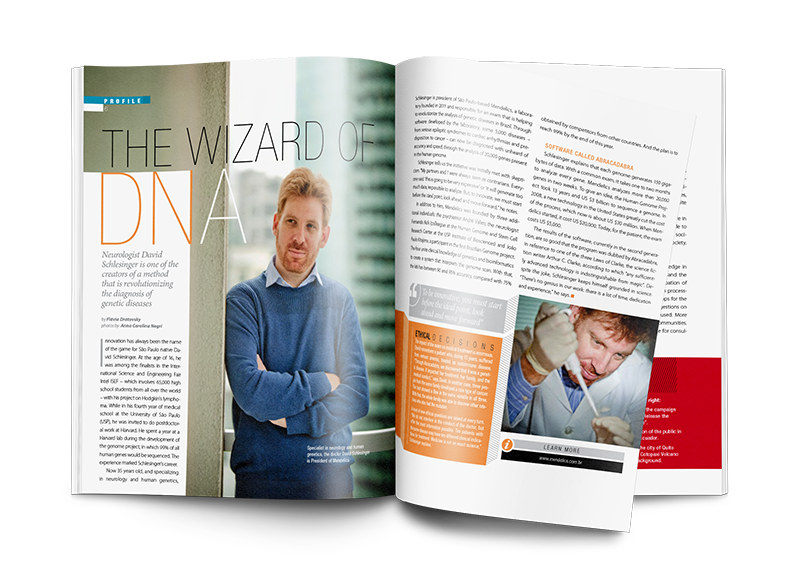 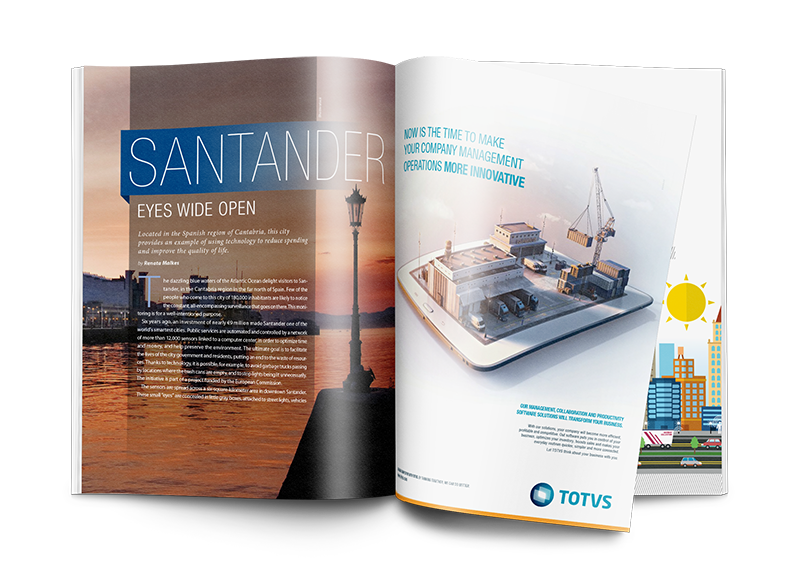 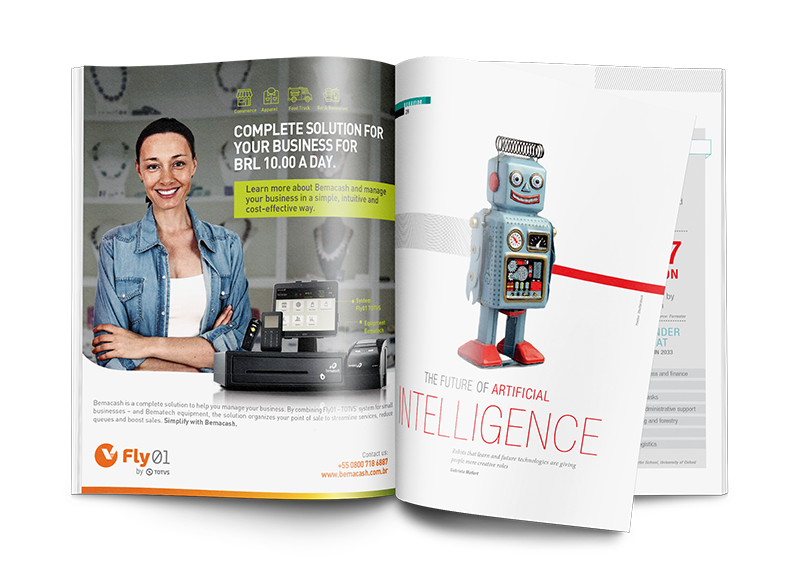 TOTVS is a Brazilian technology corporation that operates in the global arena. In 2011, a new division – TOTVS Private – was set up to cater to large customers. Among its challenges was the mission to develop high-level relationships with CEOs, CFOs and other senior management at major corporations. They needed to find a way of maintaining regular contact with these executives and providing them with a positive and enriching experience that would add value for an already very well-informed group of professionals.

The inspiration came about when we looked into the TOTVS culture, its attitude and way of doing business, the company’s declaration that, in broad terms, says, “Develop what you believe in and practice what you develop.”

It was then that the idea was born to introduce a biannual magazine, available in printed, digital and mobile app formats. The publication would perfectly meet the brief of delivering valuable content and serving as a suitable means of communication to support TOTVS Private in developing its brand image.

The magazine – TOTVS Experience – is published in three versions, Portuguese, Spanish and English. The title was chosen to reflect the desire to provide our clients with an excellent experience while they are reading the magazine. We sought content of the highest journalistic quality backed by top level photography and graphics; something that would make a real difference in the daily routine of TOTVS’ clients and help to stimulate reflection about the business and technology.

The magazine is available in digital format – using IOS and Android apps and on the TOTVS website – as a means to facilitate the sharing of the content, providing democratic access to all those who are interested in the topics that are covered.

One year after its launch, TOTVS Experience won the ABERJE (Brazilian Association for Corporate Communication) award for the Best Brazilian Publication. From the very first issue, the magazine’s content, the quality of the interviews, rich information in the infographics and ground-breaking success stories have impressed clients, partners and executives alike.

TOTVS employees started contacting the company’s Marketing department to suggest topics for upcoming editions of the magazine. The Investor Relations department began to use the publication as a means of reinforcing the brand value and demonstrating the TOTVS spirit.

Branch offices and franchisees in other Brazilian states started requesting issues to send to their own local customers. And our employees, particularly those in Silicon Valley, Mexico and Argentina, asked for Spanish versions that they could distribute locally.

Seluloid continues to push the boundaries of content and design excellence with TOTVS Experience. When we reflect on technology and innovation, time does not stop.